PiterEnergoMash designs, supplies, mounts and commissions the power plants based on gas-reciprocating units with a capacity of 250 kVA to 52.000 kVA in container and block-modular implementation. We provide gas-reciprocating power plants packaged in standard 20- and 40-foot containers produced by our company. The choice of container is made is based on power of the station undergoing packaging and the size of the main gas-reciprocating unit. All items of equipment for the stations are provided with quick disconnect joints, which makes it easy and timesaving to mount and disassemble the components of the system in case of repairing or replacement. All gas-reciprocating power plants packaged by PiterEnergoMash are equipped with security and fire alarm systems and access monitoring and control systems integrated into containers. 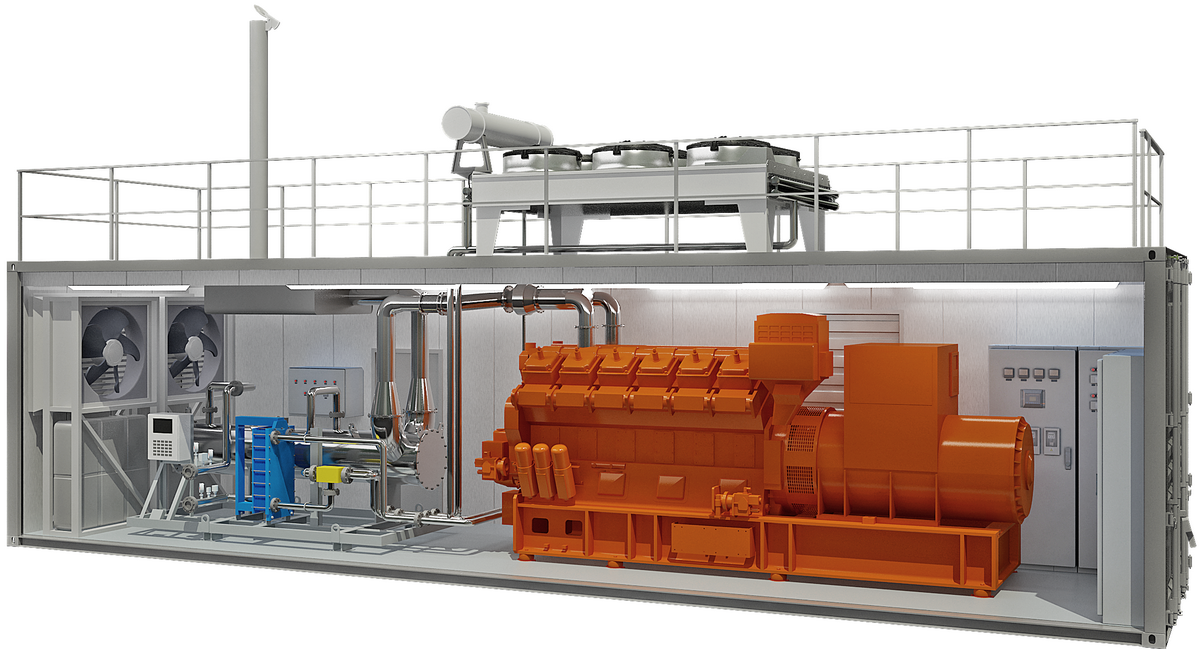 The electricity output and thermal power ratio is 1: 1, i.e. it is possible to get 1 MW of thermal power for 1 MW of installed electric power.

The output ratio of saturated steam for gas-reciprocating power plant equals 0.5-0.7. Steam can be used for production purposes.

To get a questionnaire